Star Wizard: a holiday story about finding joy even when all the stars have fallen 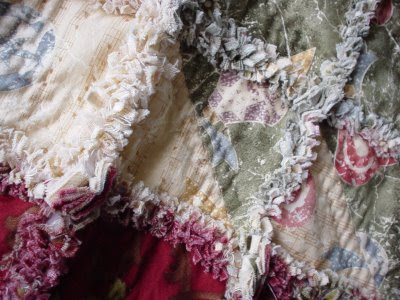 Meggie Lee and Moggie Lou cowered in the window seat of the great hall at Pine Tree Knob. Outside the window silvery snowflakes embraced the Kingdom of Laurel Mountain and reflected brilliant light through the glass doors that lined the southern wall. The light jangled through the tiny hammered-gold feathers of the Winter Wizard’s wings as she stomped her red cowboy boots along the flagstone hearth. The red and gold flames of the fire snapped no brighter than her angry blue eyes.
“You don’t want to make Christmas?” she said in a trembly, low voice that rose at the end to a babyish squeak. Her wings tinkled in accord. “Are my little princesses too regal to plait hemlock wreaths and blow glass bubbles?”
“No-o-o, teacher . . .” moaned Meggie Lee through the tail of a blonde curl she had tucked between her teeth.
“We’re sad,” said Moggie Lou. “The stars have fallen from the sky and we don’t know what to do.”
“The wizard stopped pacing and hooked her thumbs into the hip pockets of her blue jeans. “Ah,” she crooned. “Are you little astronomers? What have the stars to do with you?”
“Moggie’s lip pouted and began to quiver.
“Meggie put her arm around her twin’s shoulder and glared at the wizard. Her braid tumbled out of her mouth. “Wouldn’t you be sad if you lost even a single star!”
“The wizard’s eyes grew wide with amazement. She opened her arms and scanned the snow-bright landscape. “The world is full of starlight!”
“That’s the sun,” Moggie Lou grumbled.
“I say it is a star,” said the wizard.
“I say it is the sun!” said Meggie Lee.
“Is the sun not a star?”
“It’s not the same!” both little girls shouted together.
“Not the same, not the same,” the wizard muttered to herself as she strode around the room gathering shafts of sunlight—long as her arm, thin as paper, and no wider than her thumb. She tucked one under each arm and carried one in each hand. Striding to a long oak table, she elbowed a bowl of quicksilver out of her way and tossed the ribbons of light onto the dark surface. The tiny gold feathers of her wings sang counterpoint to her whispered song—not the same, not the same . . .
“The two princesses rose from their seat at the window, clasped hands, and crept to the table.
“What are you doing?” said Meggie Lee.
“You want a star. I’ll make you a star.” She began folding the ribbons of light in half, then wove them into a tight little square with long tails waving toward the edges of the table.
“That’s not a star,” said Moggie Lou. “It’s a mess.”
“Don’t judge a work in progress,” mumbled the wizard. She continued to fold the light beams, making four little points on one side and then flipping the mess over to make four more points in the opposite direction. The tails of light sprung from the center of the weaving like electric eels.
“Ick,” said Meggie.
“Ugh,” said Moggie.
“Everyone’s a critic,” said the wizard, twisting the squirming light eels into tiny points of light in the center of the star and tucking the ends neatly away. She pinched the ravels from each straggling ribbon and carelessly tossed the pieces into the air. Meggie and Moggie watched as the gleaming snippets bounced and joggled until they could no longer be distinguished in the light-filled room.
“Ahem,” said the wizard.
“A sixteen-pointed, three-dimensional star scintillated in her outstretched hand.
“Oooooh,” said Meggie Lee.
“Aaaaah,” said Moggie Lou.
“Make more, make more,” they both cried together.
“You make them,” said the wizard. “I’ll help.”
“They worked together all day long.
“As twilight descended they threw open the big glass doors, marched onto the snow-covered parapet, and tossed hundreds of shimmering stars into the indigo sky.
Linda Theil © 1998